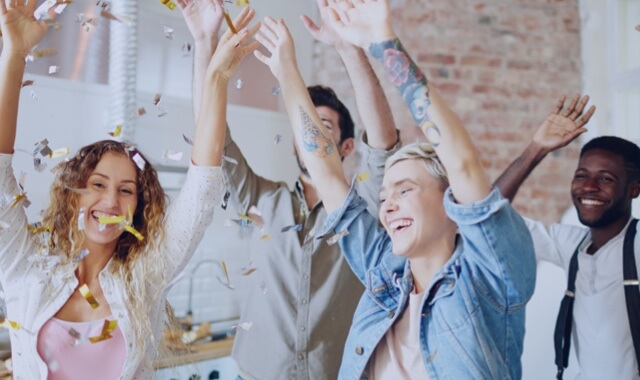 FDJ Group makes it a top priority to provide a support system for its major prizewinners.

The Group is a pioneer among lottery operators in this field, with a Prizewinner Relations Department boasting extensive experience in helping prizewinners enjoy their good fortune in the best possible conditions.

The purpose of this support programme is to help prizewinners live the life they always dreamed of after winning. This is why, as a responsible gaming operator, FDJ has undertaken to support its major prizewinners over the long term. To that end, it offers a variety of workshops:

Led by a professor of tax law, the aim of this workshop is to familiarise prizewinners with banking institutions and tax regulations, and to help them manage their money. A coach specialising in change management also helps new prizewinners adjust to their winnings and become more comfortable working with new service providers, especially in the financial industry.

Each prizewinner has a different emotional reaction to winning, which raises a lot of new questions. This workshop, led by experts in human sciences, teaches prizewinners to express how they feel about the changes in their lives since winning, and to better understand their own feelings and the feelings of their friends and family.

Enjoyment of social interaction, sharing experiences in a hassle-free setting: major prizewinners appreciate the chance to talk about their new lives. These opportunities for sharing create close ties in the prizewinner community.

These workshops introduce prizewinners to new experiences, encouraging them to broaden their horizons and begin defining their new plans. They help boost their self-confidence and uncover all the potential outlets for their winnings depending on their personality.

FDJ’s support from a prizewinner’s perspective

“The Prizewinner Relations Department seamlessly guided us through this exceptional event (…) you never think it can happen to you (…) and when your day comes, it’s important to have a support system. ”

“I regularly attend the workshops. They’re a forum where I can talk about this unique experience and expand my knowledge of wealth management...”

“I’ve met great people, had great conversations, cracked certain codes, learning how to approach the future in my relationships with others.”

“The workshop introduced me to other people “like me”, where I could hear them talk about their lives and relationships with their winnings. It also taught us how to express the questions we had and how to comfort one another.”

A few questions for Isabelle Cesari, Head of Prizewinner Relations

Isabelle Cesari: "My three-person team and I offer support to prizewinners starting at €500,000. Prizes ranging from €500,000 to €999,999 are awarded at regional payment centres. For winnings of €1 million or more, we meet with each prizewinner to offer individual personalised support at the time the prize is awarded, followed by group support over a five-year period.”

Isabelle Cesari: “We organise workshops (15 per year) all over France to meet with our prizewinners. The workshops are focused on personal development, where prizewinners are provided with information designed to help them learn to manage their wealth. This totally neutral information gives them the keys to making the kind of informed decisions that are right for their profiles and personalities. We also offer coaching services to help prizewinners adjust to their winnings and learn to assert themselves in their relations with financial service providers. Other workshops teach prizewinners to express their emotions about their new lives, learning to put their feelings in perspective and better understand them. Other workshops aim to broaden their horizons, adopting new approaches in order to learn more about themselves and give new meaning to their winnings, take new pathways and thus fully tap into the potential of their winnings. Our group support offers another benefit as well: putting prizewinners in touch with a community of other prizewinners for stimulating conversations in a safe space. It’s a very lively community!"

Isabelle Cesari: "Workshops often consist of former and recent prizewinners, creating a forum where newcomers can come to terms with their winnings and benefit from the experience of past prizewinners. It’s always very beneficial for them, because hearing from their peers is more valuable than hearing from experts and fits in well with the support made available by the Group. We have kept in touch with several prizewinners who have agreed to form a circle of sponsors. They enjoy sharing their experience and helping out new prizewinners, who are eager to take them up on their advice and get their feedback on this one-of-a-kind experience. In actual fact, we are one of the few lotteries in the world to offer such a comprehensive support system.”