Boulogne-Billancourt (France), 20 June 2022 – La Française des Jeux has announced the appointment of Philippe Lazare as a non-voting Director, Censor of the Group’s Board of Directors. He will also attend FDJ’s Governance, Appointments and Compensation Committee.

Appointed on the recommendation of the Governance, Appointments and Compensation Committee, Philippe Lazare will bolster the FDJ group’s Board of Directors thanks to his experience in digital transformation, international business, and mergers and acquisitions.

Philippe Lazare (65) graduated from the École Supérieure d’Architecture in Paris-La Défense before embarking on a career with major corporations like Air France, Groupe Lucien Barrière, Eurotunnel and La Poste. In 2007, Phillipe Lazare was appointed Chief Executive of Ingenico, the global leader in electronic payment terminals, before serving as its Chairman and Chief Executive Officer from 2010 to 2018. During his time in these positions, he redefined the company’s strategy, transforming Ingenico from a payment terminal manufacturer to a secure transaction service provider for retailers. He carried out a number of acquisitions: Sagem Monetel (France), Fujian Landi (China), Easycash (Germany), Ogone (Belgium), Global Collect (Netherlands) and Bambora (Sweden). 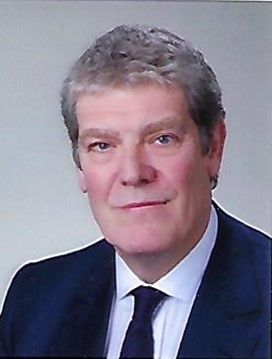