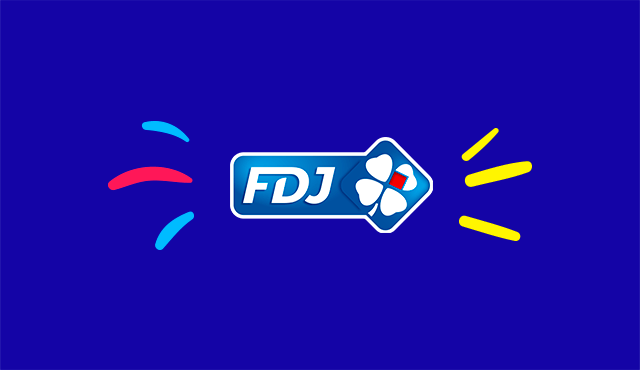 For Stéphane Pallez, Chairwoman and CEO of the FDJ Group: "The financial and non-financial results of the Group confirm the relevance of our business model which combines strong operating performances, redistribution to the community, including the French national heritage since 2018, Responsible Gaming and a strong economic and social footprint. They enable the FDJ Group to continue investing, both in digital transformation and in CSR. With that in mind, FDJ undertakes to allocate, as from 2019, 10% of its television advertising investment to Responsible Gaming."

FDJ recorded a gross gaming revenue (GGR = player stakes - winnings) up by +1.9% to €5.1 billion with an almost 50% share of the French gambling market.

FDJ’s contribution to public finances increased by +2.8% to €3.5 billion, of which €3.3 billion were public levies on stakes.

In 2018, the Group’s operating expenses, excluding amortisation, amounted to €1,488 million, increased by +2.9%, notably following the first phase of the retailers' commission scheme increase, overall up by +4% to €785 million.

The agreement with retailers signed at the start of 2018 with the aim of fully associating them in the company's sustainable development, took effect in two stages:

In the course of these two years, retailers’ average global revenue will increase by 0.3 point, leading to an average commission of 5.5% to retailers compared to 5.2% in 2017 (95% of players’ stakes are placed in our network of more than 30,000 points of sale).

FDJ recorded a stable EBITDA of €315 million, a healthy margin of 17.5% on revenue.Excluding the impact of the retailers' increased commission, EBITDA would have increased by +4.6% and the EBITDA margin by +0.3point.

Operating income was stable at €257 million.

The FDJ Group's net income in 2018 came to a solid €170 million, against €181 million in 2017, taking into account the financial results affected by market developments at the end of 2018.

With shareholders' equity up by €44 million to €564 million and a cash surplus up by €33 million to €841 million at the end of December 2018, the FDJ Group continue to present a sound financial structure.

Corporate Social Responsibility (CSR) is at the core of the company's sustainable development model with Responsible Gaming as a key priority.

FDJ reinforced retailers’ training to prevent underage gambling with more than 13,000 of them trained in 2018.

During the World Cup, FDJ aired awareness campaigns on the prohibition of underage gambling while also adding a reminder at the end of its Illiko (instant games) TV campaigns. These actions amounts to more than 2% of FDJ's 2018 television advertising budget. FDJ announces that, as from 2019, 10% of the Group's investment in television advertising will be allocated to Responsible Gaming and particularly underage gambling[1].

Beyond that, FDJ is committed to:

For the third year running, the BIPE (French Information and Economic Forecasts Bureau) assessed the Group's economic and social contribution in France[2].

In 2018, the contribution by FDJ to national wealth came to €5.4 billion, +2.9% more than in 2017 and representing 0.2% of Gross Domestic Product. The economic leverage effect brought about[3] by FDJ is similar to that of the construction sector.

FDJ supports other ecosystems, with €160 million redistributed and 6,200 jobs created or maintained, i.e. 12% of total employment attributed to FDJ:

FDJ, the national lottery and the French leader in gambling and entertainment, the #2 Lottery in Europe and #4 worldwide, offers more than 90 games, lottery – draw-based games (Loto, EuroMillions) and scratch-card games (Millionnaire, Astro, Végas, Cash) - and sports betting (ParionsSport), at points of sale and on line.

FDJ's performance is driven by a portfolio of iconic, historic, and recent brands, the #1 local sales network in France, a growth market, recurring investment, and an innovation strategy to make its offering and its distribution more attractive with an enhanced gaming experience.

*** Revenue: net gaming income and income from other activities

[1] This commitment is taken in addition to strict compliance with the obligation imposed by law on gambling operators and according to which any commercial communication must be accompanied by a warning message against excessive or pathological gambling, as well as an information and assistance telephone number made available to vulnerable players (Article 7 of law no. 2010-476 of 12 May 12010)

[3] The resulting economic leverage effect corresponds to the compounding impact of the added value that FDJ generates directly as well as indirectly through its various contributions.