At the General Meeting, all the resolutions submitted to a vote by shareholders passed by a large margin, including the following:

At the General Meeting held today, under the 14th resolution, the shareholders adopted a new share buyback programme.

A description of this programme is available in the 2021 Universal Registration Document filed with the AMF on 18 March 2022.

At its meeting on 10 March 2022, the Board of Directors decided, subject to the condition precedent of the 14th resolution being adopted at the General Meeting, to implement this programme in order to enable the continuation of the liquidity agreement with Exane. 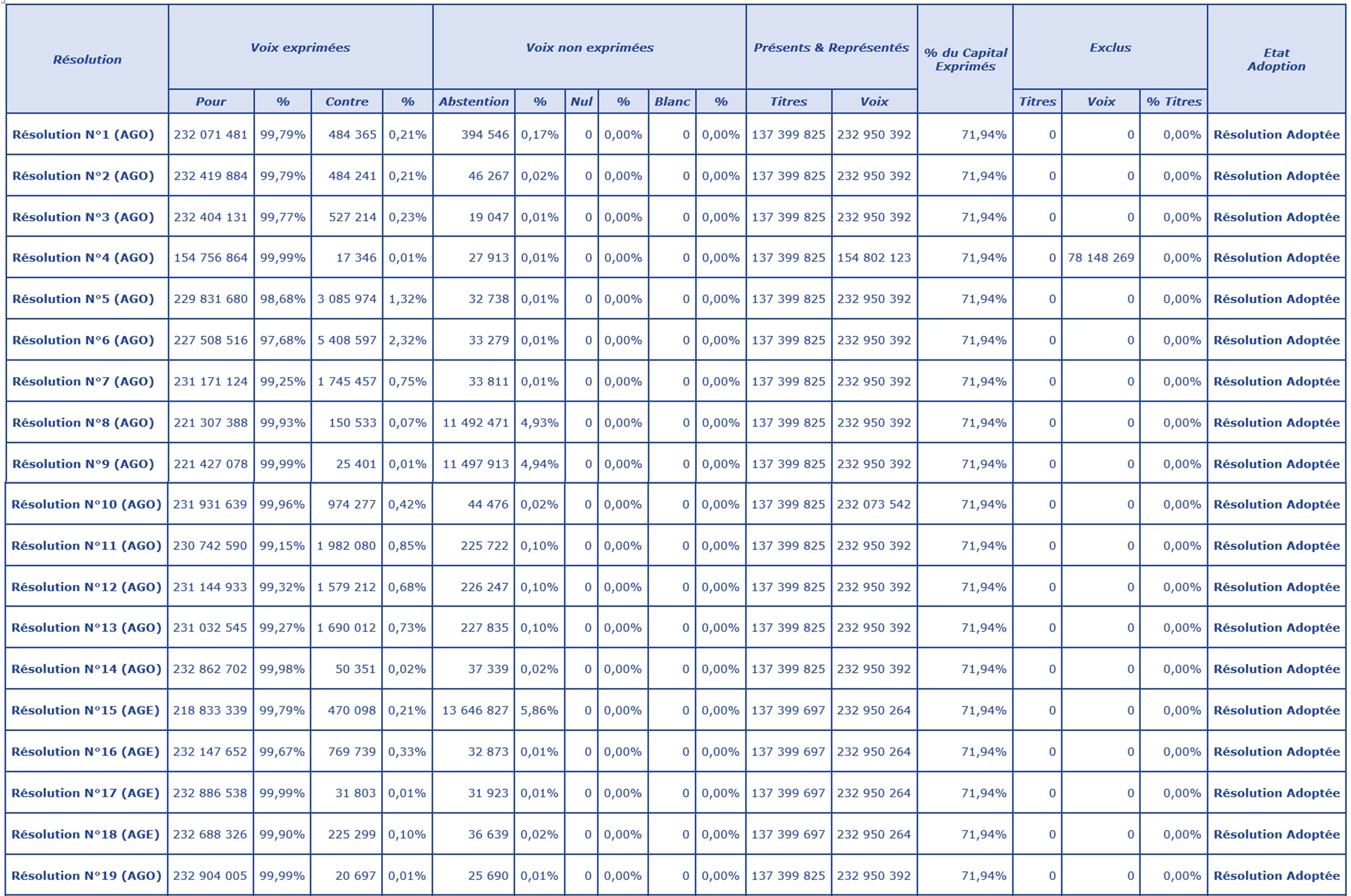